Country rock artist Brantley Gilbert released his fourth studio album “The Devil Don’t Sleep” on January 27. As a young boy growing up in Jefferson, Georgia, Gilbert always loved country music, so when he moved to Nashville to pursue his dream of singing and songwriting, he discovered his own unique sound within the genre.

Gilbert’s music resembles the outlaw country of Waylon Jennings and the modern pop/rock country of Jason Aldean. His new album is a great mix of his country roots and rock passion. In “The Devil Don’t Sleep,” Gilbert shares some personal stories through his lyrics and sings about everything from love, abuse, partying, death and faith. Gilbert wrote or co-wrote all 16 records on the track including the album’s first single, “The Weekend.” With 16 songs on the record, it’s likely that you might not find every song to be your new favorite. If you are a classic country music fan, his song “Bro Code” might not be for you. However, the album consists of upbeat party songs and meaningful ballads that appease a wide variety of listeners. 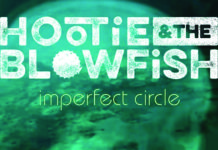