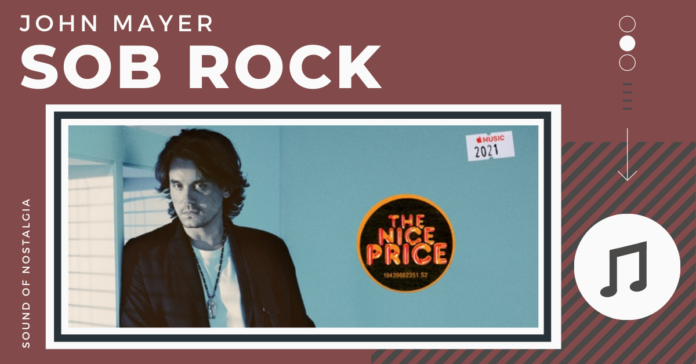 John Mayer combines the comforting melodies of yacht-rock with the tender feelings of a 1980s heartbreak to top the charts with a sound that’s been missing for decades in his latest album, “Sob Rock.” A seemingly effortless attempt to paint himself in similar fashion to the guitar heroes he grew up listening to on cassette, Mayer proves once again he isn’t afraid to dig deep with words that often go unspoken.

A few tours as the lead guitarist for Dead & Company as well as a couple single releases and features since his last solo album back in 2017, Mayer continues to dominate the music world with no signs of slowing down any time soon. This 8th studio album introduces a handful of new material such as “Shouldn’t Matter but It Does” as well as renewing hits like “New Light” and “Carry Me Away” that were previously released as singles.

If you were to plant Mayer’s latest album within the mix of true soft-rock vinyls at your grandparent’s house and wait for your kids to one day dig it up, they would be under the impression that music from “Sob Rock” was the anthem to Saturday morning cartoons, long drives in mom’s wood-paneled station wagon and walks through the mall. Everything from the album art to the vintage Columbia Records-inspired advertisements that filled social media perfectly capture 80s nostalgia and gives fans of newer generations a taste of what the music industry once thrived on—earnestness.

Without a doubt, “Sob Rock” is a highlight of Mayer’s famed discography and is certainly the right stuff to play to mend a broken heart. With that being said, you can’t help but feel somewhat underwhelmed that Mayer created this entire time machine back to the 80s yet there are only 7 new tracks. Mayer is undeniably in his element in “Sob Rock,” but the only thing missing? MORE!

The sound of nostalgia is alive and well through Mayer’s embracement of being sad. “Sob Rock” can only be best described along the lines of a modern day Dire Straits masterpiece and that unsent “I miss you” text still haunting your drafts.