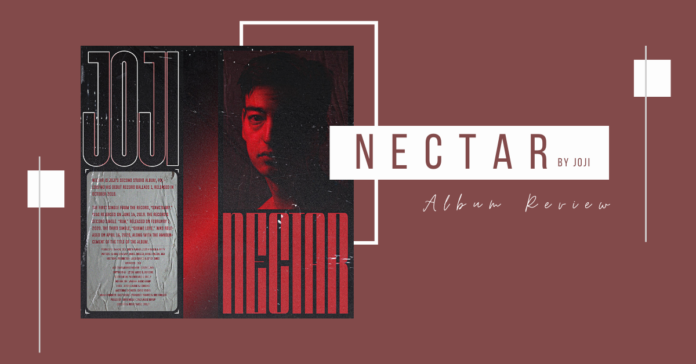 After an especially draining day, whether it be from work related stress or some kind of heartache, the best remedy is often some relaxing, cathartic music to loosen you up. Japanese artist and former Youtube personality, Joji, produces just the kind of music for such a day in his latest album, “Nectar.”

“Nectar” is Joji’s second studio album followed by his debut album, “BALLADS 1,” and is full of what seems to be Joji’s signature style of slow vocals, emotional lyrics, and smooth beats. Although this style of music may not be developed by any one artist alone, Joji does quite a bit in “Nectar” to showcase his mastery of the form. This album presents itself as Joji’s attempt to enter into mainstream music with plenty of big name features such as Lil Yachty and Diplo yet still manages to be very on-brand for Joji rather than blending in with other popular artists in pop music.

But staying on-brand may be a double-edged sword for Joji. “Nectar” does provide some very well produced tracks with immense replayability, but the album seems to be overly consistent in style and doesn’t really do anything innovative with Joji’s musical talent. It’s sufficient to say that “Nectar” perfectly encapsulates the melancholic tone that he is trying to achieve but arguably pushes too far in attaining this tone, as many of the tracks blend together and don’t provide much variety when it comes to substance. Another way that this album lacks variety is the number of tracks on the list; although 18 total tracks is no light material, 4 of them are singles released within the last year and a half that, if you’re a fan of Joji, you’ve probably heard more than a couple of times.

What Joji may not achieve in substance or variety, however, he more than makes up for in sound quality. Each track on “Nectar” is evidence that Joji has put a great deal of effort into production, as the beats and rhythm are near flawless. Despite not having the lyrical depth that some listeners may desire, tracks such as, “Like You Do,” “Afterthought,” and “Normal People,” still produce sufficient emotional reactions.

“Nectar” may not be a perfect album, however it has made certain that Joji is an artist who has made a name and will leave a lot of people eagerly waiting for his next release. 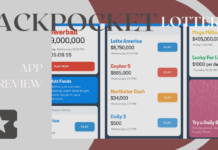 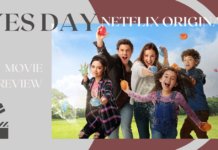