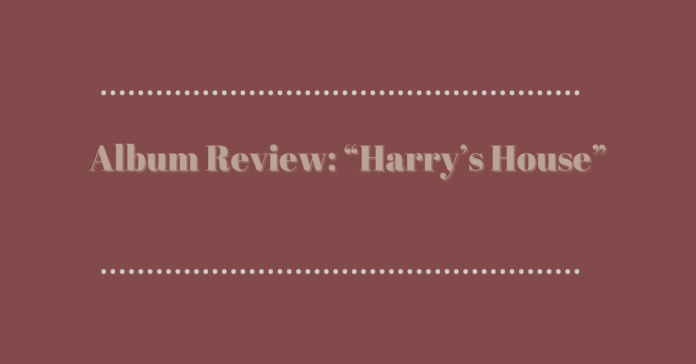 English singer, songwriter Harry Styles released his third album “Harry’s House” on May 20. This groovy, 70s-inspired album is full of love, mindfulness, and experiences that make it personal for both the listener and the artist. In an interview with Apple Music, Styles said the album’s meaning shifted from simply being created in his home to each song becoming “a day in my mind. What did I go through?”

The album has gained traction fast, with 5 of the album’s songs claiming the spots for most popular from Styles on Spotify. But, it’s not just the soft, feel-good vocals that are music to listeners’ ears– “Music For A Sushi Restaurant,” has grabbed TikTok’s attention for having an intro tune almost identical to “Exceptional,” the theme song to Disney Channel’s Original Show “A.N.T. Farm.”

In addition to bringing back 2000s kids’ core memories with the funky, soulful hit, Rolling Stone and American Songwriter both gave “Harry’s House” four-plus stars, rightfully so.
Overall, the album is fun, nostalgic, and a sure testament to Styles’ talent as he is able to combine lyrics describing the highs and lows of love and loss, with upbeat, jazzy, disco-inspired music. With Rolling Stone calling it “polished-marble smooth,” and “a Santa Ana breeze of a record,” it is agreeable that “Harry’s House” is the perfect summer vibe, even if you wouldn’t claim to be a Styles fan previously.