The highly anticipated “FUTURE” album was finally released on February 17. All it took was a simple announcement of the artist’s latest creation along with an accessible pre-order link for fans to generate the necessary hype. The world was waiting for the purple wizard to whip up fresh bangers, and he did not fail.

Future’s self-titled, fourth studio album is the first fans hear from the artist since the underwhelming release of “EVOL” in 2016. With the the rapper specializing in trap music, this album does not stray far from home. From electronic, head-bobbing beats to the heavy-hitting background bass, Future delivers the expected interplay of familiar sounds along with new melodic flows. The artist composes sounds that are strong and vigorous with contrasting velvety vibes, making the seventeen track album one of his all-time best.

Famous for working with rappers such as Drake, Kanye West, Lil Wayne and Rick Ross, Future produced this album with a vengeance, further establishing his unique sound and presence in the rap world. The album currently sits at No. 1 of Apple Music’s Top Charts, along with songs “Rent Money,” “Draco,” and “Mask Off” rising to the top three spots. “FUTURE” takes its listeners on a rollercoaster ride of fast beats, heavy drops, and smooth feelings, leaving you on the lookout for his next tour. 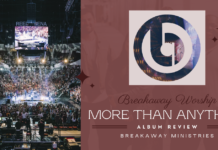 Album Review: “More Than Anything” by Breakaway Ministries 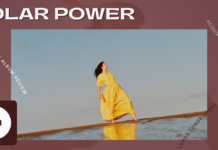