With every new Taylor Swift album comes a new Taylor Swift. Her change in personality even prompts die-hard fans to refer to each new album as a new ‘era’ of Swift music. With the release of her surprise album “folklore,” available on Spotify  and Apple Music  on July 24, this album is no different.

Swift usually releases new albums every two years or so, but this album was released just shy of a year after her album “Lover” last August. The album was not planned, but written by the singer throughout quarantine. The album was also kept a tight secret until the day before the release, as the singer did not post anything on social media about the album drop until July 23.

Drastically different from Swift’s most recent albums, “Folklore” has a very calm and sedate mood associated with most Indie and Folk music, allowing the listener to focus on the story of her songs rather than the beat. All of the songs give the listener a sense that they are listening to ghost stories.

And they are. Several of the album’s songs are not just songs about the singer’s past relationships and childhood, but of others from the past as well. In the third track, “the last great American dynasty,” Swift tells the story of Rebekah West Harkness, an American composer, philanthropist, sculptor and founder of the Harkness Ballet. She became an heiress after marrying William L. Harkness who was heir to Standard Oil Company. Swift alludes to the marriage and the couple’s home in Watch Hill, Rhode Island. The mansion is named Holiday House and was purchased by Swift in 2013. In the song, Harkness and Swift’s lives are intertwined and compared in the lines “there goes the most shameless woman this town has ever seen / she had a marvelous time ruining everything” and “who knows if I never showed up what could have been / there goes the loudest woman this town has ever seen/ I had a marvelous time ruining everything.” The song gives the listener a peek into the connection Swift has with the woman who owned her house many years before.

Another honorable mention is the only collaboration on the album with Indie / Folk band Bon Iver, called “exile.” The band is known for their calm melodies and haunting vocals by lead singer Justin Vernon, and this song is no different. The song is a duet with Swift and Vernon, giving two sides of a failed relationship and why it ended. The melody is beautiful, but the vocals and lyrics give a very profound sense of hurt and longing. It paints a picture of a relationship between two people who saw each other as their “hometown” but are now being turned out.

Before the album dropped, Swift hinted that three of the songs on the album are a part of a love triangle story arch. Although there are differing opinions on which three are a part of the triangle, we can safely assume that “august,” “betty,” “invisible string” and “cardigan” are strong contenders. Each shows a side of a relationship that could easily be from the point of view of a teenager.

Other songs are true to Swift’s style of writing personal songs, like the seventh song off the album, cleverly entitled “seven.” The song also has a haunting and longing feeling as the singer reminisces her childhood in Pennsylvania and alludes to the title and style of her album with the line “passed down like folk songs / the love lasts so long.”  The album also alludes to current events like the pandemic with “epiphany,” told from the point of view of a healthcare worker working in a hospital.

Overall, the album invokes a strong sense of longing, but is also more mature than past releases as it features songs with explicit content. The storytelling from those of the past and present combined with the adult approach on this album clearly sets it apart from Swift’s other works. The lyrics, vocals and melodies and the mood it creates makes this album one that is truly a new era for Taylor Swift. 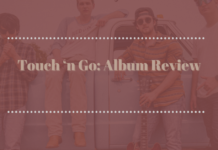