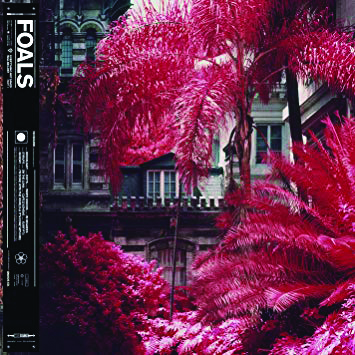 Every now and then, a song comes on with a beat you just have to dance to. Whether that’s with a head bop, a foot tap or a shoulder roll, you just can’t help moving along from the first moment you hear it.

Remarkably, almost every song on the indie-rock band Foals’ latest album, “Everything Not Saved Will Be Lost – Part 1,” falls into that category. The British band brought it all to the table on their fifth studio album, which will feature a follow up album to be released later this year.

Foals is able to create music that leads to bops and rolls for the listener, despite having some pretty dark lyrics. “Exits” starts off pretty bleak, with the sea eating the sky and no birds left to fly. But if you aren’t paying close attention to what is being sung, you’ll only hear a very catchy instrumental.

“On The Luna” is another memorable tune with somewhat depressing lyrics. Foals discusses heaven and evil, and the repeating lyrics, “We had it all, but we didn’t stop to think about it” will make you rethink the snazzy tune.

Even the track “Sunday,” with a slower, more subtle sound, begins with somber lyrics. “Time has come and time is done. Cities burn, we got youth to spend,” doesn’t leave the listener with much hope, but if enough attention is diverted to the beat, which is relatively relaxing, you might not catch the meaning.

Overall, the lyrics are just a minor element to the enjoyment that this album brings. In fact, they are thought provoking, which art should be. The first portion of the “Everything Not Saved Will Be Lost” series is definitely one you should check out, even if the message is a bit depressing.