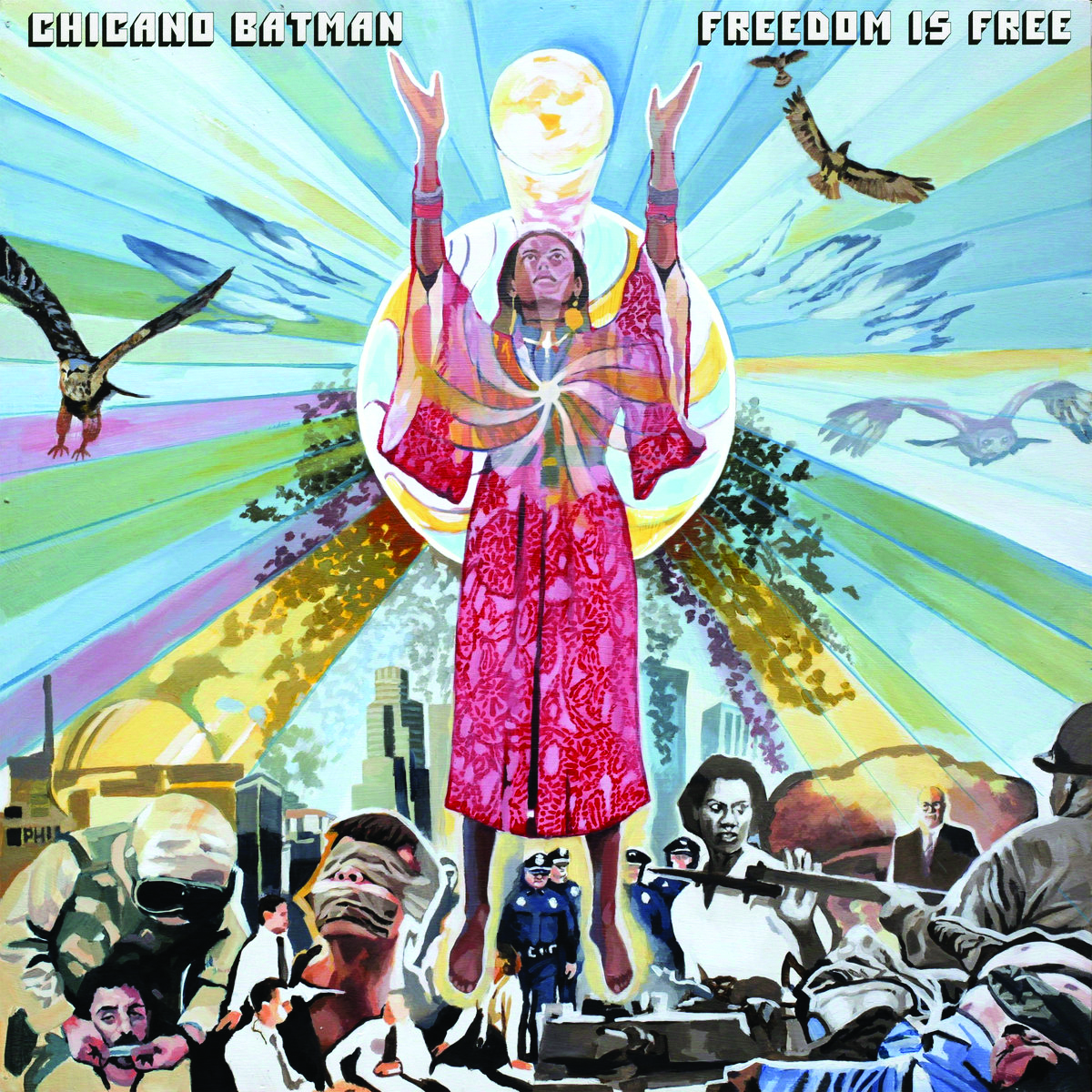 The America we know today is greatly shifting. Some may say for the better and some may say for the worse, but it’s clear that the civil liberties of many individuals are being threatened.  On their third album, L.A. band Chicano Batman speaks to this issue facing our country to remind us “Freedom Is Free.” With every word and through the accompaniment on organ, guitar, bass, and drum, the album makes listeners literally feel the theme of freedom, and it resonates through your body.

Chicano Batmans’ music is simple, yet every verse is crafted beautifully. This psychedelic soul band is made up of four men who work to bring peace, love and passion to their listeners through their music. The aesthetic of the band represents old cantina vibes; transporting listeners back into the seventies with a revamped sound. The album was released March 3, 2017, and since then has reminded its listeners to simply embrace being alive and enjoy every moment. “Freedom Is Free” feeds its audience, not only musically, but philosophically as well —that it is possible to thrive even when your freedoms are threatened, because moments like that are when it’s important to connect with others.

Throughout every song it is clear that there is support for every individual who is denied rights because of their citizenship or mistreated because of where they come from and the color of their skin. “Freedom is Free” gives listeners encouragement that in a world of people that are constantly rooting against you, you have the ability to end up on top, despite any hurtful situation you might have endured. You can’t see the cost of freedom, but because of this album, you can definitely feel it.