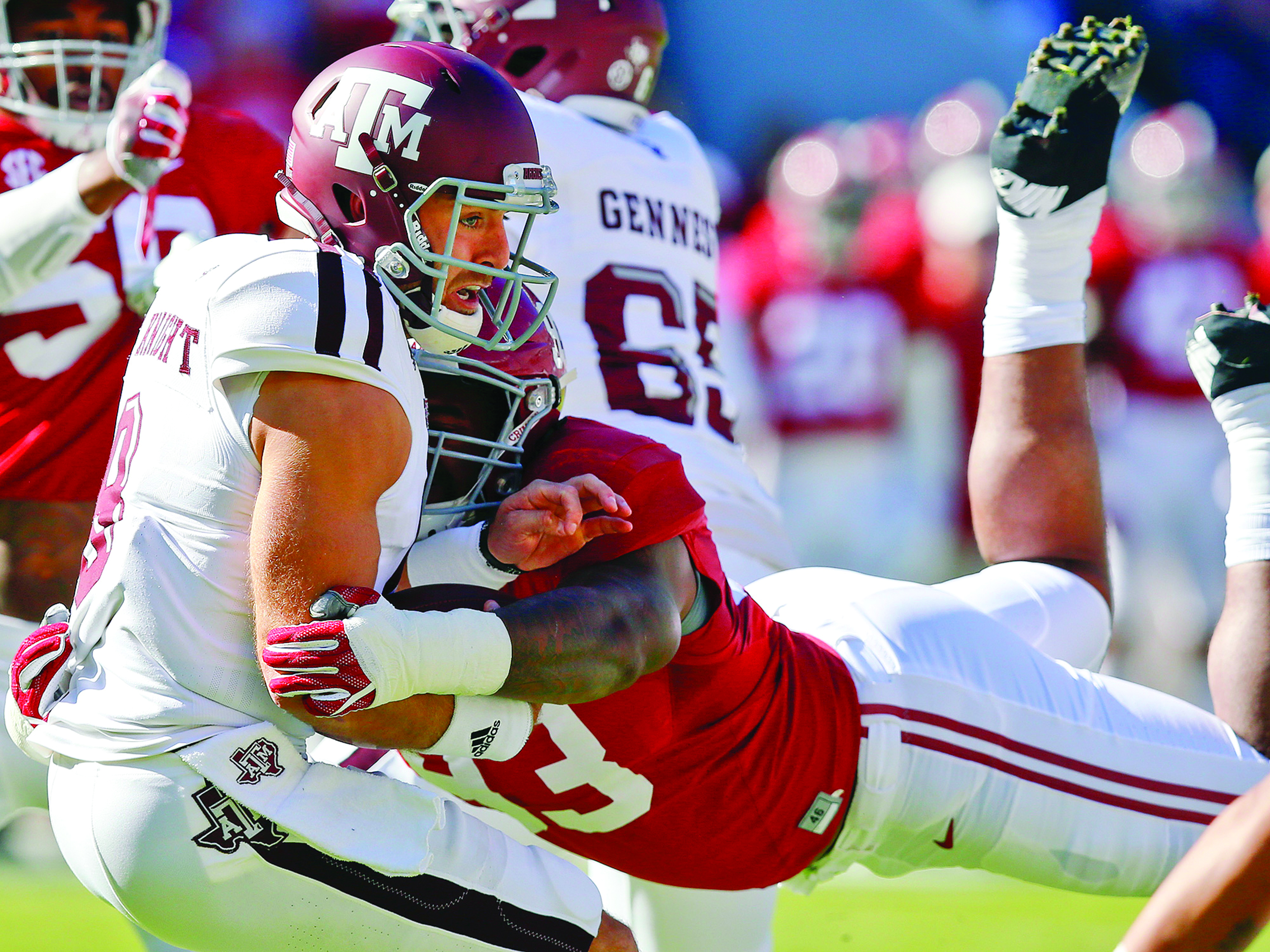 The Aggies lost their first game of the season on October 22 to the Alabama Crimson Tide in Tuscaloosa.

The Aggie defense fought hard and impressively, holding the number one ranked Tide to two field goals in the first quarter and a touchdown in the second. But in the second half, the Tide added a defensive touchdown on a fumble recovery as well as a passing and rushing touchdown. The Aggie offense couldn’t stay on the field against the highly touted Crimson Tide defense and ultimately couldn’t overcome the deficit.

The rest of the 2016 season however, remains promising for Aggie Football, as four of the remaining five games will be played at Kyle Field.

Included in the final five games of the season are two non-conference opponents, the Aggies of New Mexico State and the Roadrunners of the University of Texas at San Antonio (UTSA). New Mexico State, a member of the Sun Belt Conference, currently sits at 2-5 and will head to College Station on October 29. UTSA, members of Conference USA, will visit Kyle Field on November 19. The Roadrunners currently sit at 3-4 overall.

The Aggies have three more in-conference showdowns to end the season, all within the SEC West as they travel to Mississippi State, and Ole Miss and LSU come to stand against the 12th Man at Kyle Field.

On November 5, the Aggies will travel to Mississippi State to take on the Bulldogs. The team has been struggling mightily, sitting at 2-5 with losses to schools such as Kentucky and BYU.

On November 12, the Ole Miss Rebels will come to town on Military Appreciation Day at Kyle Field. Ole Miss has been notorious for not being able to finish games this season, blowing a 21-point lead to Alabama earlier in the year. They currently sit at 3-4 on the season, 1-3 in conference. They have yet to win an away game this year and Texas A&M will be their next one.

Last comes LSU, the one SEC team that the Aggies have yet to find a way to beat. The game will be played on Thanksgiving at 6:30 pm. LSU currently sits at 5-2 under interim head coach Ed Orgeron, having let long time head coach Les Miles go earlier this season. LSU will face Arkansas, Alabama, and Florida before making their way into College Station.

Don’t be discouraged after Saturday’s loss Aggies, there is still a lot to play for. Thanks and Gig ‘Em.