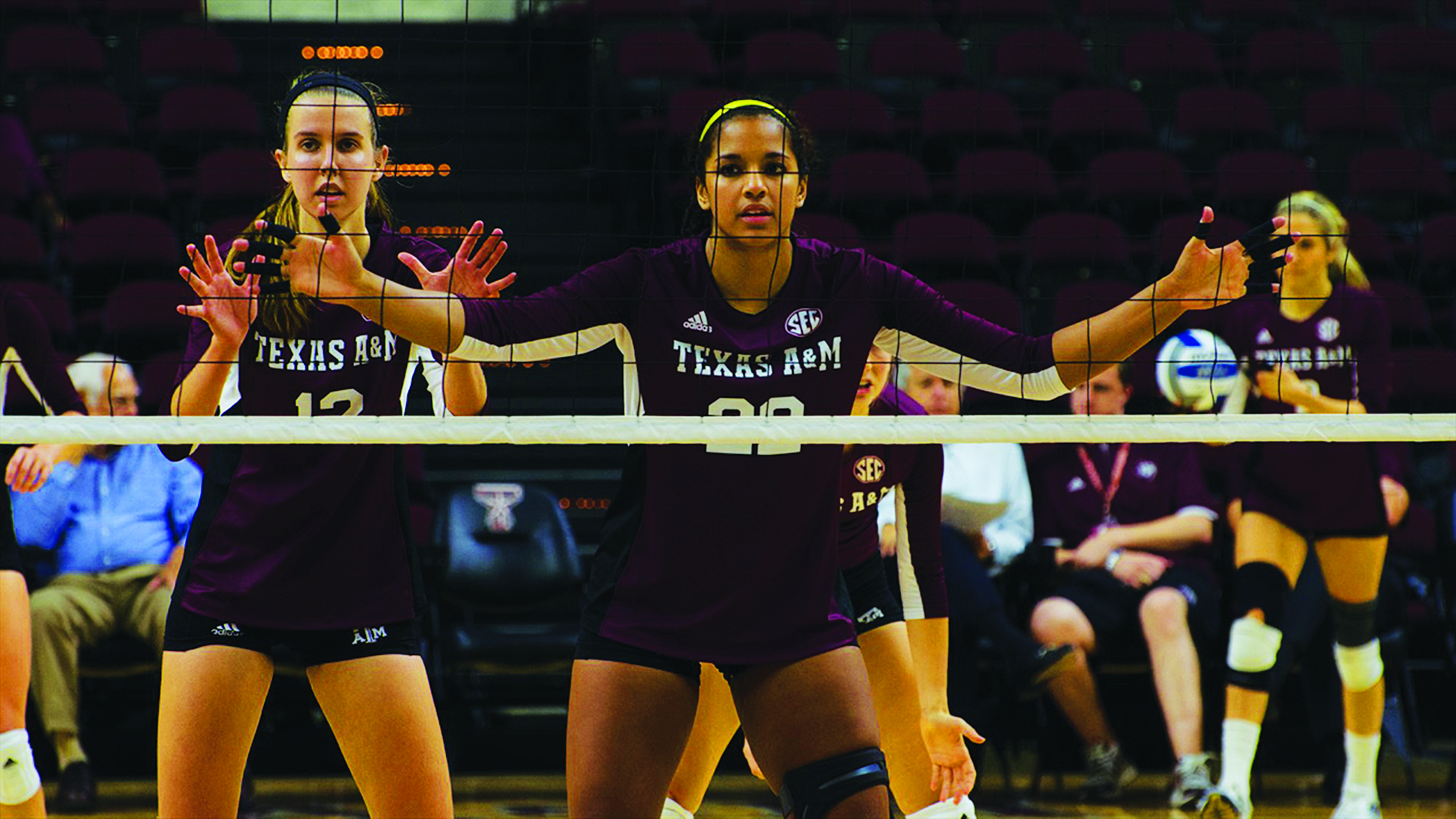 Aggie football is tearing up over at Kyle Field, but they aren’t the only ones. Take a walk over to Reed Arena or Ellis Field to watch Aggie volleyball and soccer in the midst of another successful season.

Aggie volleyball is coming off an SEC championship season last year, finishing last season 24-7, 16-2 in conference play. The ladies in maroon and white look to defend that title this season, currently sitting at 9-6, 3-1 in conference.

Five starters return to the court for Texas A&M, including some big names such as juniors Ashlie Reasor and Stephanie Alpie and senior Jazzmin Babers.

Alpie is the reigning SEC Player of the Year and Babers was a member of the All-SEC team last season. Babers was also named SEC Defensive Player of the Week on October 3 after racking up a career best 10 blocks against conference rival LSU. It was the sixth time Babers has received this honor in her career. She also notched her 1,000 career kill against Arkansas earlier in October.

Reasor was a member of the 2014 All-SEC freshmen team and continues to light up the court as a third-year starter. The team also welcomes eight freshmen for the 2016 campaign through the season.

If you haven’t attended an Aggie volleyball game, be sure to get to Reed this season to check them out. On October 16, the team will #DigPink giving free pink volleyball shirts to the first 300 fans to arrive at the game against Florida.

Over on Ellis Field, Aggie soccer is off to yet another strong start. The team returns ten starters from last year’s 17-7-2 season and welcomes eight freshmen to the team. The ladies are currently 7-5 overall, 2-3 in conference play. This team continues to get better as they have advanced into the NCAA tournament since 1996, breaking the Sweet Sixteen every year since joining the SEC in 2012.

Earlier in the season, senior goalkeeper Danielle Rice was named SEC Defensive Player of the Week for her outstanding performance against LSU as she notched her fourth career shutout in goal.

The Aggie soccer team is notorious for a good time and lots of promotional giveaways, so make sure to get to Ellis Field and keep an eye on the Aggie Soccer Twitter account for information on those giveaways. The team will return to Ellis Field on October 20 against Kentucky.