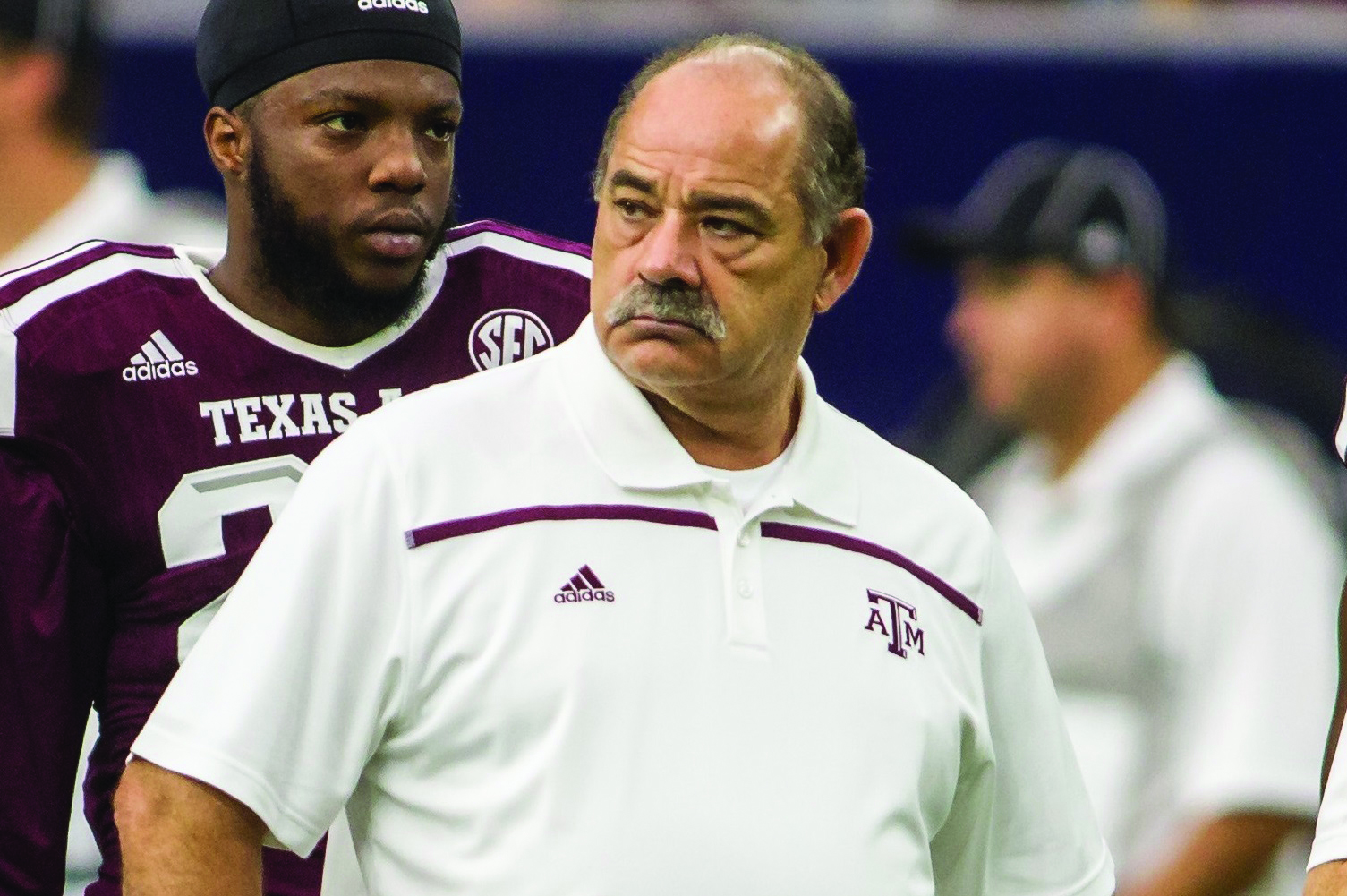 In the very fabric of our name, we embody the culture and passion of this little Brazos town. Our hearts beat far and wide with the Spirit of the 12th Man. Most of us have dreamed about our days at Texas A&M since before we even understood what it meant to “Gig ‘Em.” And we relish in those Kyle Field afternoons, with 100,000 of our closest friends.

There’s just something powerful about being unified for a common purpose; the deep-seeded yell that pushes our beloved Aggies to victory (hopefully).

However, it remains no mystery that our Farmers have been lacking in the Fight department in recent years. Defensive inconsistency has plagued our boys on the field and curdled our stomachs time and time again.

Please don’t misunderstand: we don’t take lightly to speaking negatively about our Ags, truthfully it feels a lot like heresy.

That being said, we have to face the facts: until this season, our offense was stunning, and our defense needed some work.

Under new defensive coordinator Chief Chavis, we have seen strong and consistent goal-line stands that were few and far between since the early 1990’s. We may have even shed a tear (or two) as we watched our Texas A&M defense methodically shut down the Arkansas offense over and over. We are becoming a force to be reckoned with, no doubt. But Wrecking Crew? Not yet.

The Wrecking Crew of the late 80’s and early 90’s was something so impossibly unique that it could never be emulated. It was led by legendary head coach R.C. Slocum, a true powerhouse of defensive finesse. The Wrecking Crew led the team in four statistical categories in the Southwest Conference/ Big 12 in the years 1991-1993. During that time, Texas A&M won four conference championships, never had a losing season, and lost 12 times in 14 years at Kyle Field.

We were, without a doubt, the strongest college defense in the nation for an impressive amount of time.

We’ve had some remarkable “Wrecking Crew” moments this season (see: Armani Watts stripping the ball at the goal line), but until we are consistently stopping passes from being caught under double coverage, until we are constantly causing and recovering turnovers, until we are persistently displaying a level of play we haven’t shown on a regular basis since before much of this town was even born, we cannot totally reclaim the title held so loftily by our forbearers.

All of that being said, it may be a better opportunity to let legends be just that. The modern Texas Aggies can write a new story. We can be our own brand of Wrecking Crew to couple our own legend of offensive destruction.

Isn’t that exactly what the Aggie spirit is all about? Taking the traditions of our past and practicing them in our present in a way that molds to the university we love, yet still makes us different. Same traditions, different faces – Remembering Dat Nguyen and Sam Adams while cheering on Myles Garret and Daeshon Hall.